Being an independent radio producer is fun.

Coming up with ideas and getting them in millions of people’s ears is a privilege and means no day is the same.

But getting the idea commissioned is a little more difficult. Quite rightly, there is a huge competition for slots, and all of the BBC networks are after something different.

2017 has also seen a big change in how the BBC networks want to work with independent producers with the chance to bid for far more batches of programmes under the new Compete and Compare.

Compete and Compare is a great opportunity for independent producers, but we think to have a chance of winning those batches that we need to demonstrate creative skill, but also scale. This is why Folder Media, Trevor Dann’s Company and Rubber Chicken have come together to form Folder&Co.

Folder&Co is built on the great production talent of all of those companies and the hundreds of programmes they’ve made for the BBC networks. But we’ve also combined it with the resources of Folder Media who operate the national children’s radio station Fun Kids and the digital multiplex network MuxCo. Together we’re able to create programmes with vision and scale and to play a key part in all the BBC’s radio networks.

Our new scale also means we’re able to support groups who are developing their own BBC radio proposals. We’re already incubating producers who want to create their own creative businesses with the support from an experience big brother. If you want to talk to us about that, please get in touch.

This site uses Akismet to reduce spam. Learn how your comment data is processed. 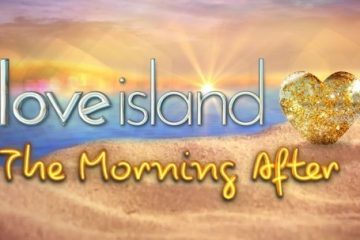 Love Island: The Morning After Podcast